Craft Beer - We have an awesome craft beer selection! Come by and see what's on tap today!

View our menu
Craft Beer - We have an awesome craft beer selection! Come by and see what's on tap today!

Claudia's has been the leader in improving the tavern industry. Developed as a total concept, our purpose is to provide a gathering place that is warm, friendly and physically and aesthetically pleasing. 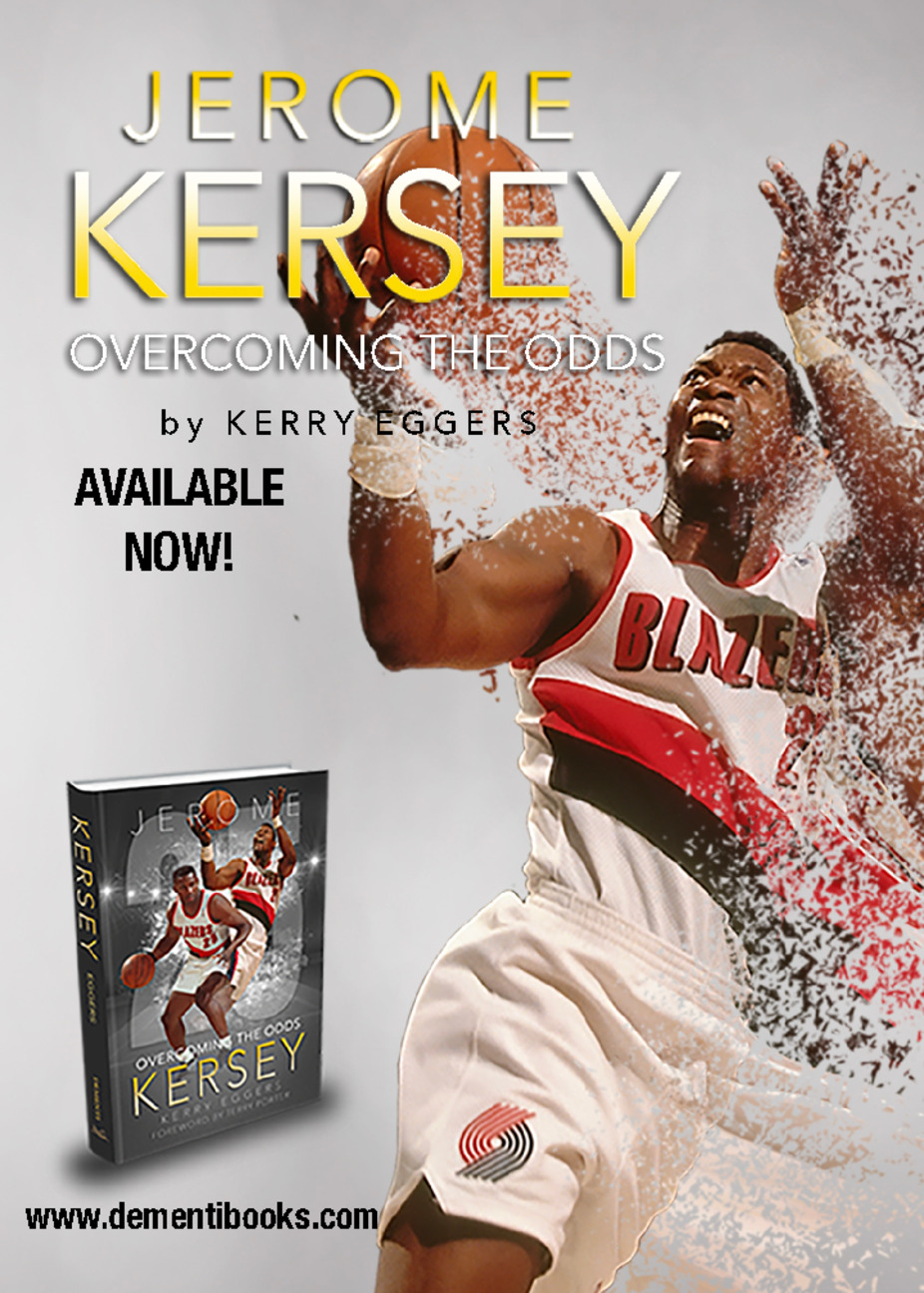 BOOK SIGNING, ENTER TO WIN A PAIR OF BLAZER TICKETS

Local author Kerry Eggers will be at Claudia’s for a meet-and-greet and book signing on Wednesday, October 20 prior to the Trail Blazers’ regular-season opener against the Sacramento Kings at Moda Center. Eggers will talk about his latest book, the just-released “Jerome Kersey: Overcoming the Odds,” at 6 p.m. prior to the Blazers’ 7 p.m. game with the Kings. He will host a discussion about the late, great Trail Blazer forward as well as this year’s Blazer team and be available to autograph copies of the book afterward. The book’s price is $25. The rags-to-riches life story of one of the most successful and popular players in Portland Trail Blazers history is told in this biography of Kersey, who died in 2015 at age 52 of a pulmonary embolism. Raised by grandparents in rural Virginia in the 1960’s and ‘70s, Kersey was among the least likely of all eventual NBA stars. A late-bloomer as a basketball player, he was overlooked by college scouts. He signed with Longwood College in nearby Farmville, Va., which was just making the transition from NCAA Division III to Division II. Kersey became a four-year starter and a small-college All-American but received little notice from NBA scouts. He was chosen with the 46th pick and taken in the second round of the 1984 draft by the Portland Trail Blazers. Kersey, one of the game’s greatest dunkers and high-energy players through his long career, played 11 of his 17 NBA seasons in Portland. He was a starter and key cog on a Portland team that reached the NBA Finals in both 1990 and ’92, and as a veteran reserve won a championship ring with the San Antonio Spurs in ’99. Kersey’s story is one of perseverance and also of making a deep commitment to community and civic contributions. After his retirement as a player, he served many years as an ambassador to the Blazers and was working as the club’s director of alumni relations when he passed away. Proceeds from the sales of the general edition of the book will go to both the Jerome Kersey Foundation in Portland and the Jerome Kersey ’84 men’s basketball scholarship at Longwood University in Farmville, Va. Eggers, who retired in 2020 after 45 years writing sports for Portland newspapers, is a six-time winner of the Oregon Sportswriter of the Year Award. This is his eighth book. The others: Blazers Profiles (1991), Against the World (1993, with co-author Dwight Jaynes), Wherever You May Be: The Bill Schonely Story (1999), Clyde “The Glide” Drexler: My Life in Basketball (2004), Oregon State University Football Vault (2009), The Civil War Rivalry: Oregon vs. Oregon State (2014) and Jail Blazers: How the Portland Trail Blazers Became the Bad Boys of Basketball (2018). Eggers will also have copies of “Jail Blazers” and “The Bill Schonely Story” available for purchase on October 20 at Claudia’s. Everyone who purchases a book will be entered into a drawing to win a pair of tickets to an upcoming Blazer game.

This place actually rules. It's been around since 1958 and still has an old school tavern vibe with a good dose of dive bar mixed in. There's a poker section which I avoid because I am not a gambler. The main room is great for enjoying a pint and sitting by the fire. This place fills up during local soccer matches and it's a good time.

I don't like going to bars. However, Claudia's I like! The staff is friendly and down to earth. Fast, attentive service. You get a good mix of people with few if any snobby attitudes. Also, their food is quite good for bar food. Best of all, you can go and have a conversation with friends and actually hear each other talk.

The perfect sports bar. The pizza was also not bar pizza, it was legit delicious pizza. We were there to watch the Blazers, which became more fun once the Giants fans left. It's a really fun, lively atmosphere, and people really get into it and clap and cheer. So much more fun than watching the game on the couch.

We are at Claudia's sitting out on the patio on a beautiful Saturday afternoon. They are dog friendly! Food here is great and the staff are friendly. Great sports on TV and video lottery to boot. Awesome place. Good nachos. This place is our dog's favorite.

One of the first places I stumbled into when I moved to Portland, and I am SO glad I did! Claudia's is still the ONLY place that I have been able to ALWAYS watch my hockey games. They always have whatever hockey game you want to watch on. And there is always such an eclectic mix of fans here, that the smack talking and fun jabs are always plentiful!